Port of Camas-Washougal: Development on the Horizon?

Port of Camas-Washougal: Development on the Horizon? Port of Camas-Washougal officials took the next step toward waterfront development this month when they sent out a request for proposal for plans to build out the 26.5 acres it owns east of Waterfront Park.

The request was distributed locally, as well as in Seattle, San Francisco, Los Angeles and Denver, according to David Ripp, executive director of the port.

“I feel very confident in doing industrial development,” Ripp said. “I’ve been doing it 24 years. I have not done a commercial or waterfront development.”

Port officials are looking for mixed-use development on the waterfront, with early visioning for the site calling for residential and commercial development, with plenty of open spaces and landscaping. Some design plans for the space have shown the possibility of a plaza with nearby retail space and a hotel, as well as an office park.

Ripp said the port will have some flexibility when it comes to working with a developer; the port would be open to a developer purchasing property, a long-term ground lease or a public-private partnerships.

Along with the 26.5 acres of port property, Killian Pacific owns about 8.5 acres to the east of the waterfront property, where the Vancouver-based commercial real estate developer will develop a residential complex. The overall project will consist of 150 to 250 units, potentially developed in phases, according to the request. The port finished building the Washougal Waterfront Park and Trail in 2016, connecting the port property to downtowns in both Washougal and Camas.

According to the request for proposal, the former Hambleton Bros. Lumber Co. site was appraised at $13,734,000 in May 2017. Roughly $16.3 million has been invested in the waterfront so far, according to the proposal. The property cost $12 million, building the waterfront park and trail cost $3.3 million, a Department of Ecology cleanup of the site cost $785,000, and conceptual design, master planning and infrastructure design for the site cost $215,000.

Ripp said there isn’t a timeline for the development. Responses are due by Oct. 19, and port officials will review the submissions from Oct. 22 to 31. The port will interview developers Nov. 5 through Nov. 16 and choose someone shortly after, Ripp said.

Construction could start in 2020, with completion of the first phase in 2021, Ripp said.

“It’s going to take 18 months to get something designed, permitted,” Ripp said, “and we don’t even know what we’re going to do yet.”

Ripp said he wouldn’t be shocked if things moved faster than expected. He said port officials gave themselves five to seven years to complete each phase of the port’s industrial development, and each phase has been done in about three years. He said the project could be completed in as few as 10 years.

“This property developing is bridging what’s happening in Camas with what’s percolating in downtown Washougal,” Dennis said. “It can help strengthen the local economies. It can become its own specialty district, like what you’re seeing in Portland with places like Sellwood, Northwest 23rd and Mississippi.”

Dennis said each area having its own unique characteristic can draw people in, while their connectivity can help bring people from one spot of east county to another.

“Those people will find other areas to explore in Camas and Washougal,” he said. “It’s the entry to the Gorge. They’ll find all those natural amenities to explore, too.”

Dennis praised port officials for getting the property ready for development, and for working to ensure whatever is developed at the site will fit in with the surrounding areas. With the new park, already-popular marina, and soon-to-open revitalized Black Pearl, Dennis said people are visiting the waterfront in east county more. The port’s waterfront property will help drive even more people to the area, he said.

“This becomes a nice add for the activity that has been occurring within the area,” Dennis said. “The timing is about right (to develop).”

Article written by:
Article from Columbian By:
Adam Littman 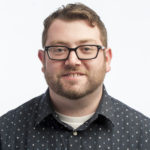